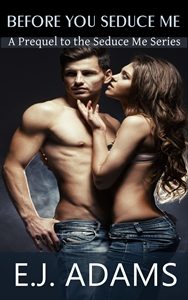 Alpha billionaire Brandon Mitchell is one of the sexiest men alive. He is also one of the world’s biggest playboys. Often seen with beautiful actresses, super models, and even royalty. But never more than a few times with the same woman. He has rules about the women he sleeps with – don’t fall in love. He has never felt drawn to anyone beyond a purely sexual relationship. Then sweet and smart college senior Ashley Sullivan applies for a job at his fashion magazine. Even though they have never met in person, he is curiously attracted to her. Brandon makes certain that he will meet Ashley. He is confident that he will then seduce her.